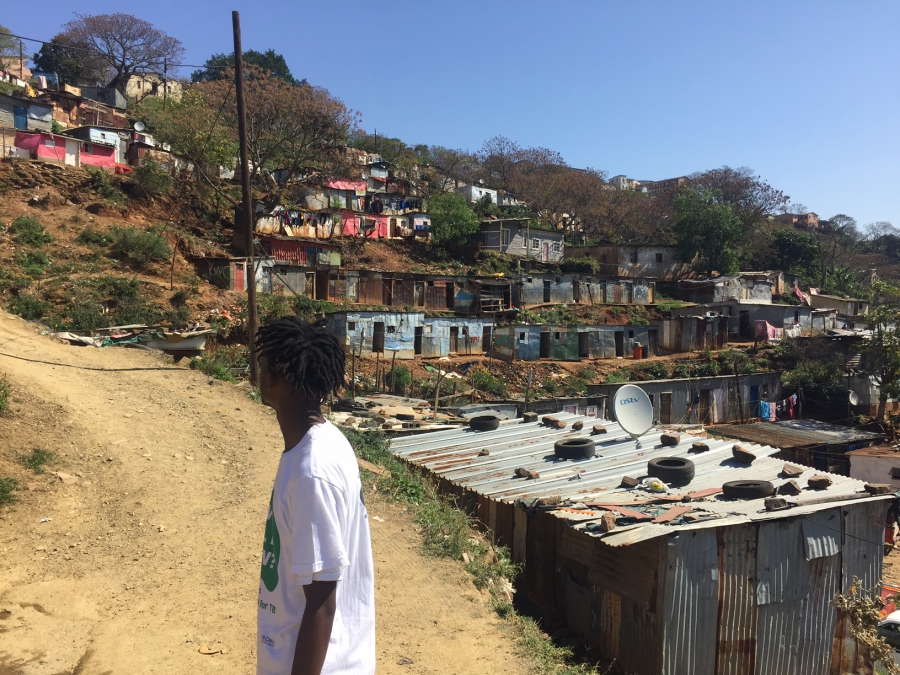 As an ethnographer on the Stepping Stones and Creating Futures intervention trial currently underway in Durban, South Africa, I have been absolutely amazed hearing the stories of the facilitators. Their incredible resilience in overcoming challenges when they head out to run the intervention in informal settlements around the city and has led me to call them: the fanatics.

The Stepping Stones and Creating Futures intervention is seeking to reduce men’s perpetration of violence against women, improve gender equality and reduce HIV-risk behaviours. Through participatory discussions and interactive methods delivered by facilitators, male and female participants reflect on their lives and actions in ways that lead to positive behaviour change.

Facilitators are scattered across many informal settlements around Durban. To get to their sites they travel via public transport, carrying refreshments for participants who will be present on the day. While venues were secured prior to the start of the programme, things can change during the course of the intervention and not always for the better. Political disputes in some communities have led to the unexpected locking of halls, forcing some groups to gather under a tree (a classical African story even for formal education). One facilitator faced with these challenges was fortunate to come across a kind tavern owner (who sells beer) who was supportive of the work of the project and allowed the group to run the workshop in his venue.

What was also inspiring was the commitment participants displayed in ensuring sessions ran. In one community a participant offered their shack for use on a regular basis as a group meeting place. Such alternatives venues were not without risk – in one case, since they were using a woman’s shack, the facilitator was perceived to be a secret lover by a jealous boyfriend who lived nearby. Luckily, quick intervention by the Project Empower team defused the situation and now the project runs without a hitch there.

Facilitating in the informal settlements where participants live has proved to be a complicated task, but nonetheless was met by a resilient and dedicated team of facilitators. They went the extra mile, dealing with emotional stories of young men and women living in informal settlements. Alongside this where the challenges of working in informal contexts: lack of water, lack of toilets, buildings with dangerous and illegal electricity, and community protests.

What moved me the most as I observed the intervention being delivered is the commitment and passion all facilitators showed as they saw themselves as agents of change – it is why I refer to them as the ‘fanatics’. They were fanatical in their commitment to overcoming the challenges of delivering Stepping Stones and Creating Futures, achieving the appreciation of the participants who valued their presence and the insight they brought to their lives. The fanatics went above and beyond any reasonable commitment to their work, in so doing I hope they continue doing great work in these informal settlements and make a contribution in alleviating a fraction of violence and HIV in South Africa.

More in this category: « Life in Dadaab How do you “do” ethnography in studies? »
back to top