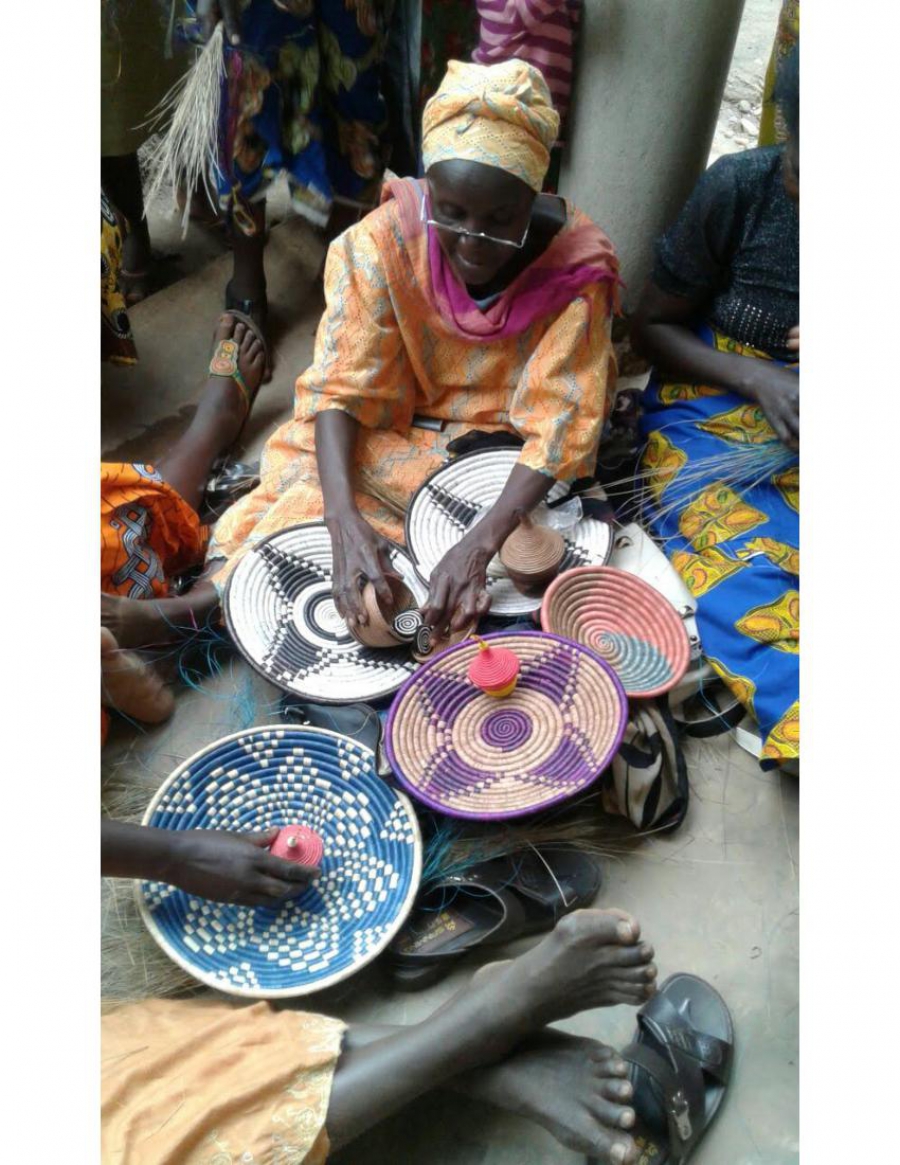 Despite a legal and policy framework supportive of gender equality and condemning violence against women, intimate partner violence (IPV) remains widespread in Rwanda. Indashyikirwa - an innovative community-level gender based violence (GBV) prevention programme funded by the UK Department for International Development (DFID) and led by CARE in partnership with the Rwanda Women Network (RWN), Rwanda’s Men Resource Center (RWAMREC) and being evaluated by the Global What Works to Prevent Violence against Women and Girls programme - is trying to shift attitudes, practices and social norms that perpetuate gender inequality and IPV.

One of the core elements of the project is the creation of 14 ‘women safe spaces’, which have been active since May this year, and provide women with access to a dedicated location where they can feel safe, where they talk about their domestic problems and share experiences. The spaces are staffed by facilitators, drawn from women living in the communities, who were trained to provide emotional support to women, educate women about their rights, and accompany women who wish to report abuse to authorities or police or seek health or social services. These facilitators are also supported to engage in community level advocacy on women’s rights and IPV prevention. The fact that facilitators are drawn from the communities is appreciated as they are familiar with community issues, know the local customs and dialect, and can be powerful role models. They facilitate participatory sessions a few times a week on power and gender inequalities, providing women with an opportunity to understand causes and consequences of violence and gain new skills to manage conflicts at home. Typically women decide to join the Women Safe Space due to poor marital relationships and/or experiences of intimate partner violence, but also to connect with and learn from other women.

At the Women Safe Spaces, women can share about their experiences of physical, sexual, emotional or economical abuse in a supportive environment, without fear of consequences, such as prosecution of their husbands who are typically primary breadwinners. Women are taught about their legal rights, including joint access with their husbands to property and economic resources. Rwandan Parliament recently adopted a new family law asserting both men and women as equal household heads, which is welcome news for women’s rights and gender equality. In the months to come, the Women Safe Spaces will play a key role in engaging community members on what this new legislation means for Rwandese families.

The Women SafeSpaces importantly provide women with a place of comfort and solidarity where they can support each other and share skills and ideas. In some spaces, women have initiated income-generating activities, such as teaching other women how to weave baskets and mats. In a context where poverty levels remain high, this is an additional incentive for many women to continually attend the Women Space sessions, despite some women having to walk hours to reach the spaces.

Interestingly, some men have also been attending the Women Safe Spaces. When the spaces were first set up, many women reported that their husbands initially resisted their attendance. Typically, men felt threatened and feared their wives will publicly share matters related to their relationship and family; areas considered strictly private and confidential. Facilitators generally welcomed men’s attendance to inform them of the purpose and value of the spaces, which has helped secure men’s support of their wives’ participation.

Despite the fact that IPV also affects some men, it is important to ensure that men’s participation does not reinforce patriarchal norms or dominate a service that primarily seeks to provide women with safe spaces. Men and women need to be engaged constructively to reflect on gender roles and related power dynamics, and to undermine any attitudes holding women accountable for men’s violence. Spot observations and interviews with attendees suggest that facilitators require further training and support in confidence, public speaking, participatory management, approaching local authorities, and conducting advocacy. RWN will continue to nurture the work of the Women Safe Spaces, which play a critical role for the Indashyikirwa programme to support more equitable, healthier relationships among couples and within households.

More in this category: « 'Be more sensitive to the plight of the victims of gender based violence' New approach to tackling violence against women in Tajikistan »
back to top