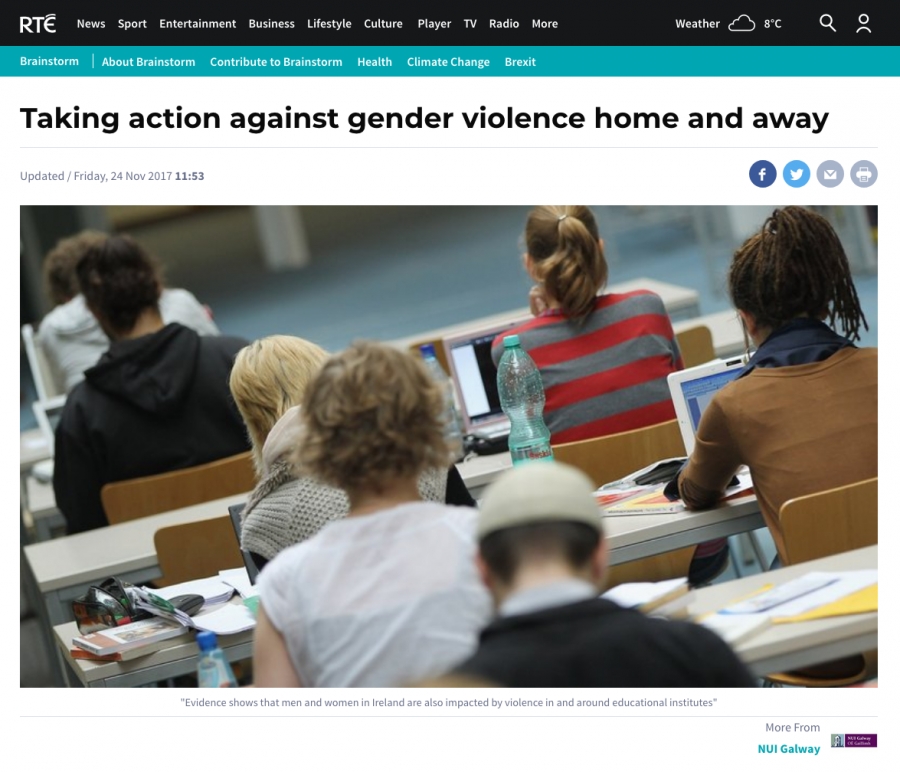 Stacey writes; the 16 Days of Activism Against Gender-Based Violence campaign began at Rutgers University in 1991 as an annual international campaign to communicate the message that gender-based violence is a violation of fundamental human rights. This campaign brings together activists, government leaders, students, academia and the private sector across the world to demand an end to gender-based violence.

The 2017 theme is "‘Together We Can End GBV in Education" and it aims to build awareness and advocate for an end to all forms of gender-based violence in education. Gender-based violence is any form of physical, sexual or psychological violence directed towards an individual on the basis of stereotypes, norms or roles associated with sexual or gendered identity. Read the full article here

More in this category: « Violence against women harms us all: will measuring the pain help prevent it?
back to top