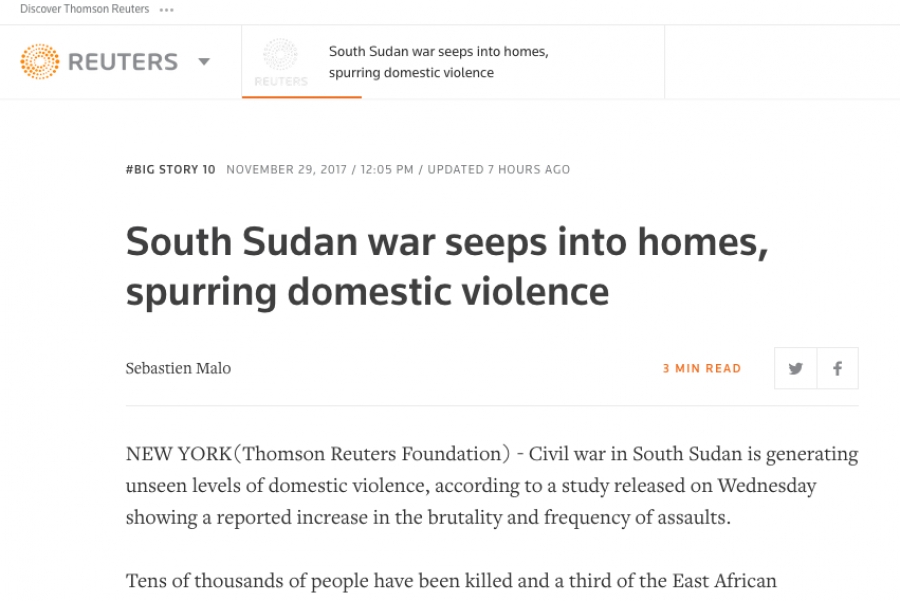 NEW YORK, Nov 29 (Thomson Reuters Foundation) - Civil war in South Sudan is generating unseen levels of domestic violence, according to a study released today showing a reported increase in the brutality and frequency of assaults.

Tens of thousands of people have been killed and a third of the East African country’s 12 million residents have been forced to flee since civil war broke out in 2013.

More than half of the South Sudanese women interviewed said they have suffered domestic abuse in their lives, according to the study by George Washington University (GW) and the International Rescue Committee.

Read the full story here
More in this category: « From Davos to Dadaab: What World Leaders Can Learn From Three Women in Iraq, Uganda and Kenya EVENT: Violence, uncertainty, and resilience among refugee women and community workers - Dadaab »
back to top