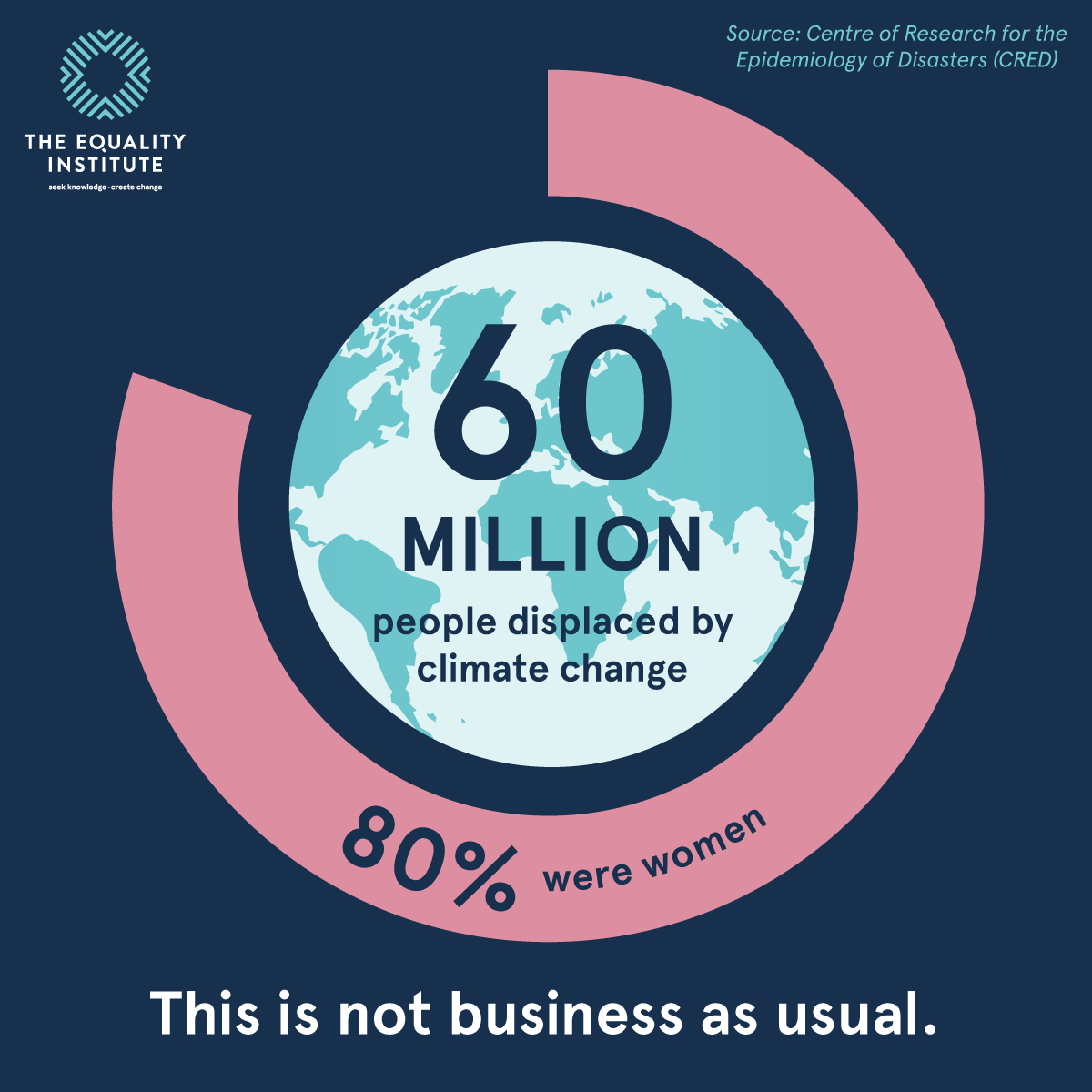 Climate Change is a Feminist Issue

Last week we waded through water and our colleagues desperately tried to save their possessions as their homes flooded. We were in Kiribati, one of the lowest lying countries in the world, as part of a research project we are conducting on violence against women. When you see the ocean at your doorstep, and watch people hurriedly sandbagging the shoreline to prevent roads from being washed away, you are faced with the stark truth that climate change is not merely a political debate. For our colleagues, and many other women around the world, climate change is an everyday reality that threatens their health, safety, economic security and their very lives.

Climate change is a feminist issue. Women are at the coalface of dealing with the impacts of climate change - women in low-income countries are often responsible for farming and sourcing food, water and fuel for their family, and are often impacted disproportionately. Not only do these responsibilities become harder to carry out, but women also suffer injury from the tools available to them. Tool such as ‘cook stoves’ which rely on fuel such as biomass or coal. Furthermore, because women across the world have fewer rights, less money, and fewer freedoms, they are at greater risk of violence, displacement, injury and death, when climate crises hit. According to data from the Centre of Research for the Epidemiology of Disasters (CRED), there were 10,733 deaths and over 60 million people affected and/or displaced by climate-related disasters globally in 2018. Eighty percent of those 60 million were women.

While the impact of climate change is gendered, so are the solutions. Out of 100 substantive climate solutions identified through rigorous empirical modelling, improving the education of women and girls represents one of the top solutions. [link] Women and girls are also leading climate action. We see this with prominent activists such Greta Thunberg and Alexandria Ocasio-Cortez. But this is also the case on the ground. A study from Yale University found more women are more likely than men to promote climate action [https://climatecommunication.yale.edu/publications/gender-differences-in-public-understanding-of-climate-change/] Across 130 countries, women in government positions are more likely to sign on to international treaties to address climate change than men. [https://www.jstor.org/stable/30044614?seq=1#page_scan_tab_contents]

We believe that gender inequality and climate change are two of the greatest challenges facing our world today. And they are interconnected. This is not business as usual. Therefore, the Equality Institute will be closing our doors and joining the global #ClimateStrike this Friday 20th September.

This #ClimateStrike we call for action in recognising that women and girls living on the frontlines of climate change already understand all too well the impact of this crisis. And they also have the solutions. Yet currently the average representation of women in national and global climate negotiating bodies is below 30%. [https://www.bbc.com/news/science-environment-43294221] Women and girls must be valued as the leaders they are in responding to this humanitarian crisis. And promoting gender equality must be recognised as a key part of the answer to climate change.

On Friday, and every day we stand with the fearless feminist activists leading action on climate change and demand climate justice for everyone!

Destroy the patriarchy, not the planet. And join us at the global #ClimateStrike this Friday 20th September.

More in this category: « SAVE THE DATE - Join us for a lunchtime event at the SVRI Latest What Works newsletter out now »
back to top