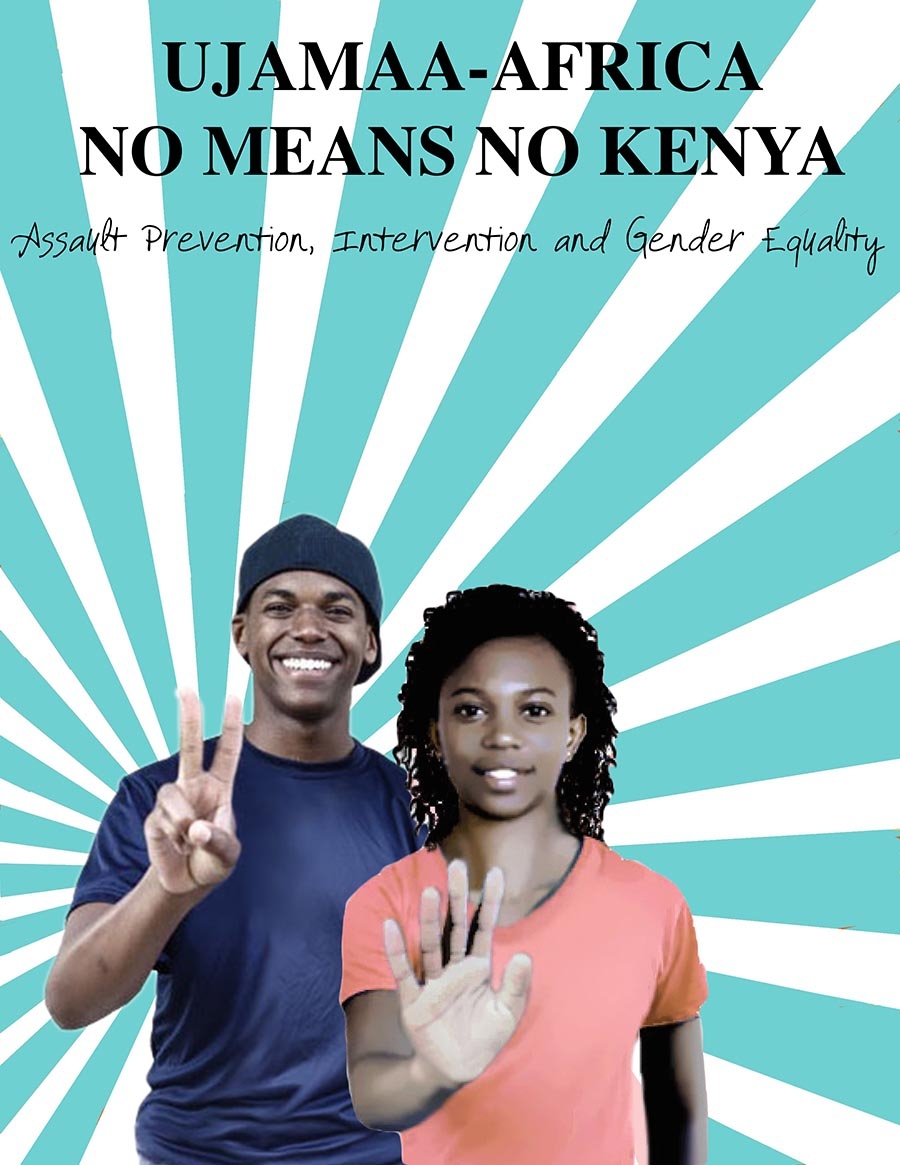 Ujamaa Africa works in partnership with government ministries, UN agencies and civil society in Kenya and Malawi to implement projects that aim to reduce rates of sexual violence, by developing a schools-based programme to address the factors that can lead to violence early on.

The schools-based programme is anchored on a tested programme developed by No Means No Worldwide, called the IMpower programme. It has been implemented in upper primary and secondary schools across Nairobi, Kenya. The IMpower programme works with girls to provide self-defence training and runs activities to build their self-esteem; it also runs courses with boys to encourage them to challenge ideas of masculinity and the use of violence.

A research team from Stanford University School of Medicine, in conjunction with Ujamaa-Africa and the African Institute for Health and Development (AIHD), is conducting a large cluster randomized trial (CRT) to assess the impact of this intervention. This CRT examines the effects of the intervention on sexual assault, bullying, physical assault, and behavioural measures such as self-esteem amongst both girls and boys. This CRT is the largest study of a self-defense based program for violence prevention ever carried out, and is contributing considerably to the fields of preventing violence against girls and engaging boys in changing gender norms in communities.

The Women and Girls Empowerment and Boys Transformation Program to prevent VAWG is projected to reach 20,000 boys and girls. As of December 2016 an estimated 20,125 (11,022 girls, 9,103 boys) had already received the intervention. A total of 105 schools were contracted to be part of the Stanford study. Baseline data for the study was collected in 2016 in 3 waves with the first wave carried out between January and March. The 2nd wave was carried out between May and July 2016.in addition to the 3rd wave conducted between September and October.

Currently midline data is being collected with the 1st wave of schools having been completed and the second wave slotted for May to July 2017. The third wave will be carried out later in the year. Ujamaa is presently assisting with the tracking of children who were absent during the first wave of midline follow up to reduce the levels of attrition and is also contracting the 2nd wave of schools in preparation for collection of midline data.

Related resources from the Evidence Hub

See all related resources from the Evidence Hub...