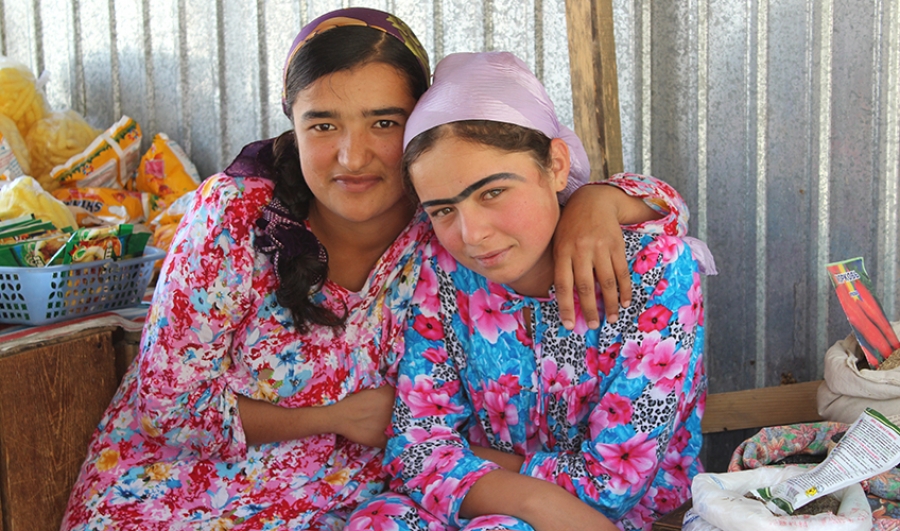 *Alisher is a 50-year-old married man from Tajikistan. He has five children, two sons and three daughters.

“When it comes to family relationships it is very difficult to have an impact”, says Alisha. “I want to point out that if a family has certain problem it means that there is something wrong with the so-called “family policy”. We all know that a family is a small cell of society. Currently we know that in our country there are many problems in families, sometimes-new families collapse after 3-4 months. Sometimes families spend huge amounts of money on weddings and after a short time the couple divorce.”

The International Alert-led project Zindagii Shoista ‘Living with dignity’ is targeting families and challenging current gender norms by transforming attitudes, building channels of trust among family members and empowering the disempowered. The project is part of the DFID-funded ‘What Works to Prevent Violence against Women and Girls?’ programme managed by the South African Medical Research Council (MRC). International Alert is implementing the project in collaboration with Cesvi and three local NGOs in four villages of Tajikistan. The project works to empower women to become less dependent on their husbands and in-laws, thereby enabling them to have a greater standing in family life. However, the project also reaches out to men, like Alisher, to facilitate attitudinal changes in conflicted families in the target villages.

“Sometimes families have really big problems and the project which we are participating in demonstrates how these problems can be solved. Indeed, there is there is an impact of project. To be honest from a cultural point of view we gained a lot. There were several organized trainings conducted and these trainings I found very effective. I would not say I learned anything new rather, that it refreshed me"

"In my case, I personally stopped thinking of only “me” or “I”. After the workshops, I started giving a bit space for other family members to make some decisions in my family. Of course, I did not fully, let us say, “unleash” them, but I gave them some space. My wife from time to time says, thanks to project she has a voice in our family. My wife and my daughter-in-law participated in the sessions and as head of family, I see some changes. There is also better relationship between them.”

Reflecting on the project Alisher admitted it resulted in him changing his attitude towards his wife and daughters in particular; “In general, I can say that relationships have changed. For example, before I would give my wife a task and she would complain but now I feel I do not give ‘orders’. In the last 2-3 months, I have not had a disagreement with my wife. I know that many people are afraid to join such a project, but now my family understands there are more families that need such support.”

* Names have been changed

Tagged under
More in this category: « Ending Intimate Partner Violence One Couple at a Time Gowri starts to use condoms »
back to top