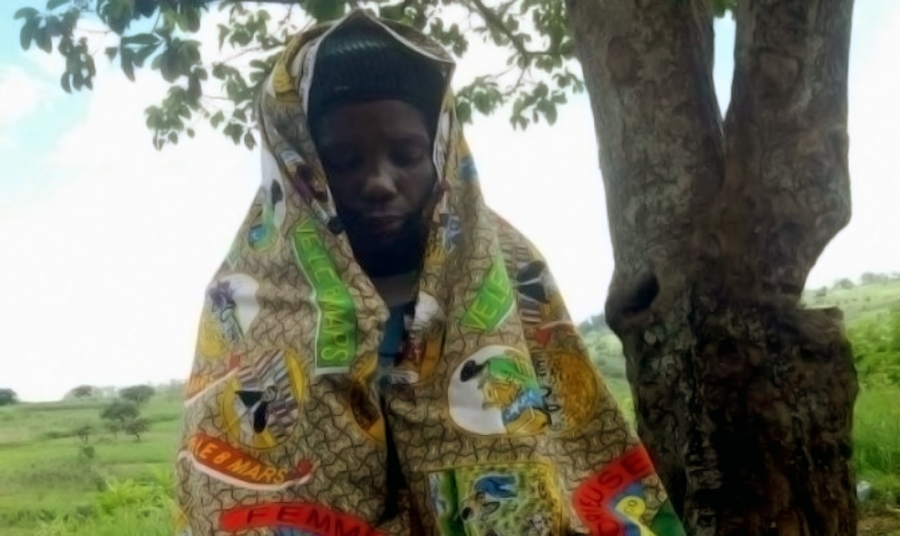 On the power of the faith leader in the fight against harmful behaviour, which supports violence against women and girls (VAWG)
July 03, 2018

My name is UWEZO BAGHUMA LELE, and for last three years I have been working on a project, which looks at the roles religious leaders play in the fight against VAWG, given their influence and standing in the local community.

The project entitled; Engaging with Faith Groups to Prevent Violence Against Women and Girls in Conflict-affected Communities is a UK Aid (DFID) funded project, implemented by Tearfund UK in partnership with HEAL Africa as part of the wider "What Works to Prevent Violence Against Women and Girls Global programme". What Works focuses on the primary prevention of VAWG to stop it from occurring. In the Democratic Republic of Congo the project, is implemented in 15 conflict-affected communities in Ituri Province in Djugu territory. It addresses the underlying causes of violence against women and girls in a context where current social norms accept male dominance that facilitate VAWG and promote impunity for perpetrators.

We have been working with religious leaders, helping them find the ways and means to denounce violence against women and girls (VAWG), to raise awareness of the perpetrators of the violence and demand compensation for the damage and harm caused. Social norms, which essentially captures the values, beliefs, attitudes, and practices that promote violent behaviours in the DRC, are a key factor in maintaining harmful practices against women. Therefore, we have been working with local religious leaders to change them. So here is what I have learnt:

1. The religious leader as reconciler

In Djugu, I learned through a testimony of a woman married for eight years called Azora Divi, that in addition to acting as a catalyst to change the social norms that promote VAWG, the religious leader is also a facilitator for family reconciliation and peace.

2. The religious leader in the fight against VAWG

I have seen that the role of faith leader in the fight against VAWG far exceeds the expectations of the project (i.e. the condemnation of VAWG and the mobilization of the target communities in the fight against VAWG. The multidisciplinarity of the fight against VAWG requires many actors accepted in a community, because they could play many roles. The story of AZORA DIVI reinforces this assertion. Where political and customary authorities and even family members have failed, the faith leader has succeeded in demanding compensation from the perpetrator. Optimizing the role of the religious leader is indispensable as an actor of prevention and response.

3. The religious leader as an indispensable player in the fight against VAWG

With my experience, the faith leader is the authority that lives with and among people:

By investing in the Faith Leader to fight against VAWG, we become efficient and rational in the use of the financial resources allocated to the fight, because it can play several roles at the same time; his/her presence in remote areas where there is a lack of services places him in an unavoidable position as an actor to positively change social norms.

4. Scripture, means to change social norms in order to tackle the causes of VAWG

Whereas I believed that scripture could only be used to reinforce equality between men and women; thanks to the various training sessions organized for the religious leaders and during the exchanges with them, I understood that some religious leaders could interpret some verses in their own way without mastering the contexts in which certain verses Biblical or Koranic were written.

Hence, to make the scriptures a tool against the VAWG religious leaders is required, a minimum level of knowledge on specific topics related to: "what is the relationship between man and woman"?

As part of the project, a well-adapted training curriculum developed by Tearfund has allowed many religious leaders to be trained or informed on some theological aspects that emphasize the need for gender equality. It should also be noted that in rural DRC contexts, many religious leaders have no theological training base, which further complicates the problem and justifies the need to train leaders at all levels on aspects of religious life.

5. The difficulties with changing social norms in a post-conflict context

There are several challenges in a post-conflict context. In the case of the project implemented in the DRC by Tearfund, most notably the increased poverty in the population, the illiteracy, the absence of the services for the care of the survivors, the idleness, impunity, the list goes on. With these challenges, the law of the strong takes over human rights. Because of these challenges, and for greater impact, I learned that such an intervention must be combined with other related activities, for example income-generating activities to improve the socio-economic conditions.

6. Relevance of research to guide interventions to fight VAWG

With its research program, the project taught me that the most common type of violence is domestic violence. Contrary to the initial idea I had about violence in a post-conflict context, the idea that violence is committed by strangers. This should hold the attention of any VAWG practitioner regardless of circumstances in order to closely monitor the relationships within a family.
Furthermore, the impact of the work in terms of reducing the incidence of violence in the communities, reassured me of the relevance of the intervention approach advocated by Tearfund and the methods and techniques of monitoring the monthly cases of violence in the communities.

Qualitative and quantitative studies are used to triangulate the data to further inform the context.

The Annual Scientific and Capacity Building Meetings made me see how our work is part of a large community engaged in the fight against VAWG, with multiple experiences and challenges on the ground. These meetings have been a source of encouragement for me.